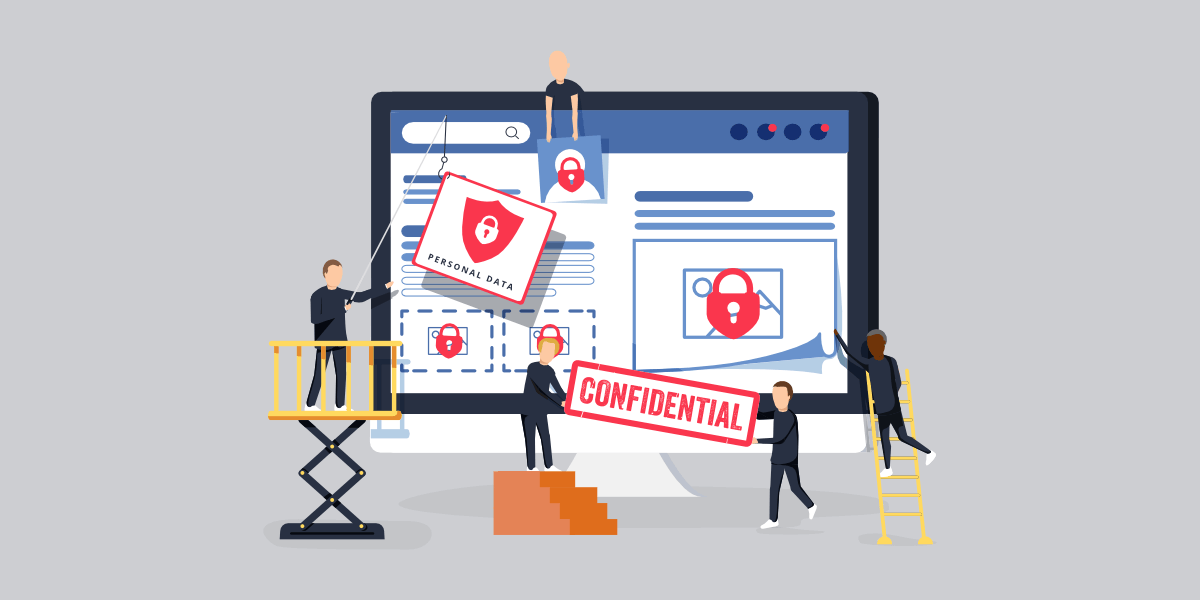 Blog / What is Data Privacy (and why is it important to marketers)?

What is Data Privacy (and why is it important to marketers)?

Big data is all around us. It’s the information we share with various companies as well as the traces we leave behind our online activities. We often give too much of it away and we need to make sure we stay in control.

The latest major data privacy scandal came from internet giant Facebook when it revealed that Cambridge Analytica, a political consulting firm, had acquired more than 50 million user profiles back in 2014. In a way, this is old news, you might say. But the repercussions for Facebook of having kept this behind closed doors for so long are more than overwhelming. The Guardian even compares the impact of this leak to the breach of financial records from Equifax.

If there is one thing to be learned here, it is that users’ data is not to be gambled with.

Know your data, know your rights

This breach has been an occasion for many – users, businesses and governments alike – to rethink their stance on big data and the control we each maintain over it. Data is at the heart of everything we do online.

Let’s take Facebook again as an example. Every time we log in, Facebook knows about it. It knows where we logged in from, when and on what device. Everything we scroll over, click on, like or share is being tracked, saved and used to profile us. Yes, it is used to give us a personalized user experience, but it also used to sell to third parties so they, too, can tailor their offerings as accurately as possible.

Google doesn’t operate much differently. It’s the world we live in and many of us accept it. It is also true, however, that many of us still need to become more aware of what data we are giving away, and how it could possibly be misused.

Only last month, a programmer “discovered that Facebook had been tracking his phone calls, adding fuel to the fire over Facebook’s Cambridge Analytica privacy scandal. Yes, Facebook tracks who you call and text and how often, but that’s only because you gave the network permission to do so,” according to a report by Digital Trends.

The fact of the matter is that often times users accept the Terms & Conditions provided to them by companies without giving them more than quick read-through.

“Call and text history logging is part of an opt-in feature for people using Messenger or Facebook Lite on Android,” Facebook wrote in a recent blog post. “This helps you find and stay connected with the people you care about, and provides you with a better experience across Facebook. People have to expressly agree to use this feature.”

Getting users to understand how their data may or may not be used is one part of the story. There is a need for people to become more privacy literate. On the other hand, however, companies, need to make sure that they are not crossing ethical – let alone legal – lines when selling or acquiring sensitive user data.

A rather controversial aspect of Facebook’s activities is that it tracks users as well as non-users across websites and applications. This is done for three reasons, according to David Baser, the company’s product management director: “providing our services to these sites or apps; improving safety and security on Facebook; and enhancing our own products and services.”

As important as that may be for Facebook, it has led to the company’s dominance not only in the market, but in people’s lives as well.

So, what can companies do to safeguard users’ data?

If there is one positive thing that has come out of the recent Facebook scandal, it is the increased focus on exerting data privacy controls. The company’s latest move has been to block third-party data providers from its advertising platform, according to CNBC.

While the goal is to limit what companies know about users' shopping habits, ad industry insiders say that “the move is mostly about optics, and could actually increase Facebook's control over the data that advertisers rely on to target customers.”

It is a questionable move that will take time to show its true colors.

In the meantime, more and more advertisers have been collecting data directly from their customers, making advertising decisions without the help of second- or third-party data, CNBC adds. While using own data is cheaper (it’s a matter of having customers come directly to you), it is also likely much smaller in size than what companies like Facebook or Google might have.

The role of governments in the data privacy debate

While data privacy has so far largely been a topic for industry players to self-regulate on, the severity of recent data breaches have prompted governments to step in.

One of the main developments has been the introduction of the General Data Protection Regulation (GDPR) by the EU, which is to take effect in May 2018. Based on it, companies that collect user data will have to provide users with more control over what data they share and how it is being used. They will also have to report data breaches within 72 hours.

Large industry players like Facebook and Google have already developed new features to comply with the regulation. According to Facebook COO Sheryl Sandberg, the company is rolling out “a new privacy center globally that will put the core privacy settings for Facebook in one place and make it much easier for people to manage their data.”

Google, in turn, has dedicated a page to the GDPR and the ways it is committed to safeguarding business data.

For players in marketing and advertising, in particular, the GDPR will play its part as well. It is bound to “affect what data we can buy for our clients, and therefore potentially hamper campaigns and strategies unless we are ahead of the curve,” writes Lucy Cunningham, Head of Mobile at digital agency Roast.

For Grace Kaye, another professional in the field, the development is a rather positive one:

“The GDPR will certainly help to clean up the data supply. Perhaps even more importantly, instead of taking data covertly, using it mysteriously, and creeping out consumers, it will give us the opportunity to gain consumers’ consent and trust by improving our transparency,” she says.

At the end of the day, it seems like regulation could improve the ways in which sensitive data is being used by those who have control of it. It will give consumers an opportunity to more closely manage their personal information, and a chance for businesses to use data that is actually intended for them to use. How it will all go down is only a matter of time.

Data privacy is a large and often overwhelming topic. But it doesn’t have to be. Feel free to share your thoughts on it in the comments below!