Blog / How to Measure Ad Viewability: 5 Metrics and 3 Common Pitfalls

How to Measure Ad Viewability: 5 Metrics and 3 Common Pitfalls

Data-driven Marketing How to and Best Practice Guides Marketer

Viewability is the ability for an advert to be seen by a human. As such, it is a necessary condition for an effective campaign and therefore crucial to measure. Video on our top metrics for ad viewability

The viewability rate will give you an understanding of how many of your ads were seen. This will help you to identify partners and ad formats that are most likely to deliver against your campaign goals.

Video ads can also be measured to see at what point in the video the ad was no longer viewable.

You can also use viewability to help you understand how well you spent your campaign budget. Viewable CPM represents the cost to serve only viewable impressions, which can be compared directly with the CPM that you have paid to serve all of your ad impressions.

Burned budget can be a very effective storytelling metric, as this will show how much of your ad spend has been used to buy ads that were not seen by your audience. This money has effectively been wasted. 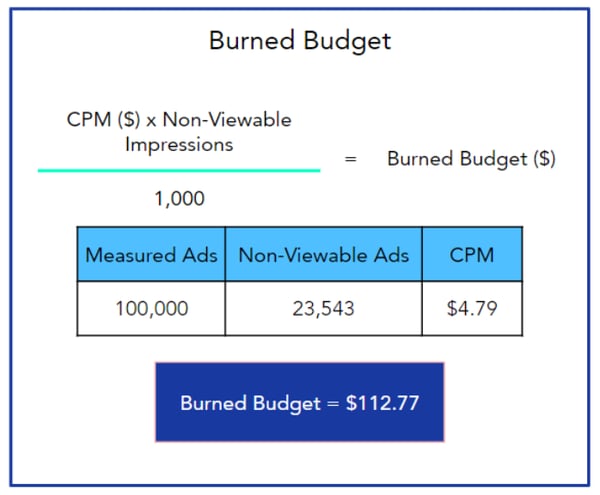 You can also look at your measured ads rate, which will help you understand what proportion of your ads were measured for their viewability.

This will ensure you are making optimizations based on a stable data set, and not a sample.

3 common pitfalls when measuring ad viewability, and how to avoid them

There are plenty of metrics you can calculate around ad viewability - however, there are some challenges marketers face to reach these measurements.

Where viewability data is gathered through third-party vendors (IAS, MOAT, DoubleVerify, etc.) it must be connected to media data gathered from ad servers and DSPs to fully understand the impact of viewable and non-viewable impressions.

It may not be possible to connect viewability and media data at every level, especially as analysis of advertising becomes more granular.

Ensure that campaign naming conventions match across both your advertising and viewability vendors. If you can't do this, then compromises may need to be struck, and viewability data may only be appended at higher levels of granularity.

Environments such as Facebook and Amazon advertising offer fantastic opportunities to reach parts of your audience. However, they do not always allow for all third-party tracking to be placed on ads served in these environments.

Viewability is therefore measured only by certain partners or on their terms. This will require you to use a specific partner, should you wish to track on these platforms.

Where possible, use a viewability partner that has integrations with the largest marketing platforms.

Whilst viewability trackers make effort to ensure that all ads served are tracked and measured, sometimes large volumes of ads do go unmeasured.

Whilst this does not invalidate the data and statistics, it is important to recognize that some parts of your media activity have not been measured.

Where large volumes of ads have gone unmeasured, the vendor should help to identify the reason this has happened.

It can also be useful to include a “measured rate” in dashboards, to provide clarity on how stable the data is.