Blog / Brand Safety: How Marketers are Shaping the Future of Advertising

Brand Safety: How Marketers are Shaping the Future of Advertising

In today’s world of information-, product- and service overload, attracting and retaining loyal customers is crucial. Advertising agencies and brands alike, thus, need to make sure that the latter enjoy a positive image throughout the web: A task that is not always easy to achieve – and especially not when it comes to digital advertising.

A recent forecast by eMarketer indicated that programmatic advertising accounts for more than 80% of digital display advertising. That means that the placement of four out of every five online ads is being determined by the algorithms of the Facebooks and Googles out there. And while that may seem like less work for brands and agencies, it also means less control over where their ads are being placed.

Finding the right place for your ads

Brand safety has become an important priority for both brands and their ad agencies, and many see themselves personally responsible for where their ads are being displayed.

A survey by Digiday showed that brands, in fact, place the most responsibility on themselves, and only then on advertising agencies, publishers and vendors. This month alone has already brought us a vivid example: Large companies, among which Nike, Acer, Expedia and 20th Century Fox, had their ads “running on the YouTube channels for far-right website InfoWars and its founder, notorious conspiracy theorist Alex Jones,” according to CNN. The brands said they had no knowledge of this, and many of them immediately suspended their ads on the respective channels.

The most relevant and actionable marketing analytics content, hand-picked and personally delivered to your inbox 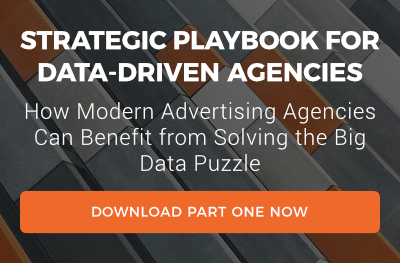 It goes to show that despite existing filters and brand safety assurances from Google, YouTube’s parent company, there are still cases where ads appear next to controversial, even offensive content.

So, what is the way forward?

Another recently published research by video advertising platform Teads indicated that, over the past year alone, 78% of participating CMOs have become more concerned about brand safety than ever before. As a result, brands are looking to increase their spending on brand-safe websites, as well as gradually review their contracts with advertising agencies and vendors.

On the tech side, artificial intelligence (AI) is said to have potential in improving brand safety. Google, for example, is already using AI to sift through all the content uploaded to Google Preferred - the YouTube program that lets advertisers place ads on high-performing videos - before it is passed on to employees for a second check.

“Google execs have told agencies that the algorithm has a 99.9 percent success rate in filtering out inappropriate content,” according to Digiday.

No thanks, I don't want to become a data guru.
How we use your dataBy signing up to our mailing list, you can expect to receive a monthly update of our new blog posts.

Your email address may also be used for business purposes.

You can remove yourself from our database at any time by getting in touch or clicking unsubscribe at the bottom of emails we send.

Subscribe to our monthly roundup of expert opinions here!

Yet, given the sheer number of videos uploaded to YouTube and the recent example of ads running next to the controversial content of InfoWars, it is clear that Google has a way to go before being able to provide a fully brand-safe environment. That, as a result, may encourage brands and advertisers to think twice before investing too much money in programs like Google Preferred, at least for the time being.

After all, ads placed alongside negative content tend to have a significant impact on how customers end up perceiving a brand. A recent report by CMO Council revealed that nearly half of all customers would “rethink purchasing from brands or would boycott products, if they encountered brand ads alongside digital content that offends them.”

As a result, brands and their external marketing agencies have to be more careful about the publishers, stories and messages they want to be aligned with. At the end of the day, this means giving less control to the algorithms of Google, Facebook and the likes, and making more conscious decisions as to where ads should and should not be placed.